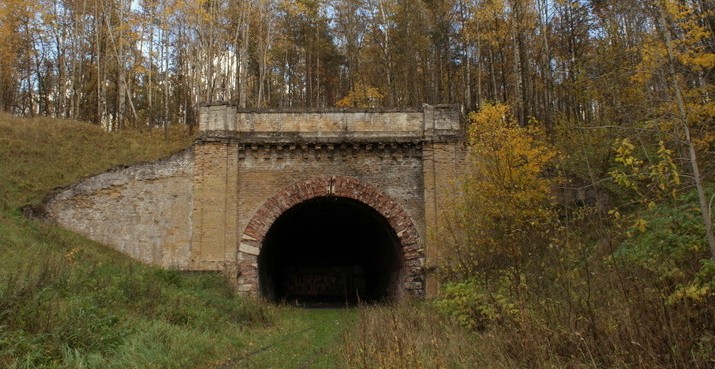 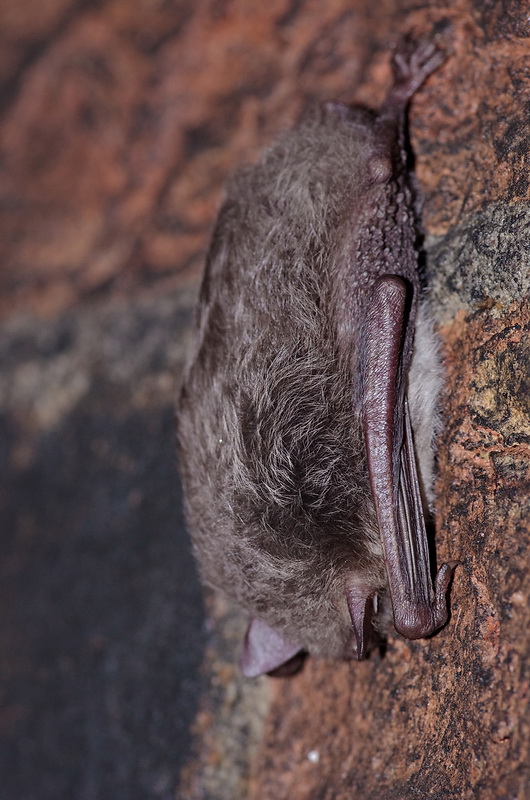 In order to protect hibernating bats inside and prevent accidents, 2004 in the tunnel openings are obstructed by blocks. However, this measure holds at all curious - the bat monitoring has detected traces of people visiting, and the Internet is rich not only in individual photos, but also the entire reports about trips to the deep tunnel. Calling all curious, intending to visit Paneriai tunnel – reject the idea ! In winter, even short visits to your damage here wintering bats. Even if specifically neliečiate bat, this is caused by dust, noise, light, and even from your current internal temperature rising awakens from winter įmygio these unique mammals. Wake from hibernation, they consume too much fat in the form of accumulated nutrient reserves and may not make it until spring, long enough leaned back and be able to start eating bats catching mosquitoes, flies and other insects. Be to, visit the tunnel is dangerous: brick walls and ceiling washes prasisunkiantis polydžio and rainwater, storey masonry, so even the stronger sound or vibration gives off and fall down the bricks. For all the floors poured varying size debris.

Visa Railway line from St. Petersburg to Warsaw was divided into three parts. For each of the their maintain was appoint three different chief engineers. St. Petersburg - Warsaw Railway Deputy Director and Chief Engineer of engineering structures was appointed Stanislav Minogue. According to the project was build bridges across the Luga, Daugava go Vistula. S. Minogue participated in the design of Kaunas go Paneriai tunnels. Lithuanian territory the railway was started to build (with a branch to Virbalis) 1858 metals go completed in 1862's. Construction of the first railway in Lithuania, was built by many civil engineering. The largest of these was: Kaunas and Paneriai tunnels, bridges over the Neris, Vilnelė, Merkys and the Nemunas River in Kaunas, and the emergence of efficient transportation, finally able to evolve and take our country industry. Kaunas and Paneriai tunnels were not only the first in Lithuania, and more generally throughout the Russian empire. Paneriai tunnel construction to start 1859 January 15 day. Until now ongoing dispute, whether this was done to avoid the two bridges over the Neris construction, whether it was the railroad builders desire to show off their engineering prowess, Tsarist officials or desire to please their master. Telling, the Russian Emperor Alexander II, very abst rest in Switzerland, fascination with the Alps mountains, felled long tunnel and wanted to do something like that to have their land. It's knowing, Czar Office clerks began to furiously search for local, which can be installed in construction of railway tunnels. And they found it here, Lithuania. Leave, own specialists tsarist Russia such work had, so I had to call on the German and French. 1859 November 26 day, as written in the Journal of ,,Pamiatnaja KNIŻKA Vilenskoj gubernii na 1860 god”, German and French miner according to their custom, celebrated the success of Paneriai mountain prakasimą. Vilnius Governor visited the "colorful and highly original celebration, distinguished unforced hilarity and total sincerity ". German and French builders representatives welcomed the governor and festival participants display. German, tarp kitko, said: ,,After years of, with the help of God, We hope to work together to complete the job, the beginning you're seen. Then, returning to their land - what is the Rhine, what the Silesian mountains, We permanently išsinešime pleasant memories of this day. We wish, that our work will bring benefits to both Russia and even ministered to more two neighboring nations - Russian and German - convergence, people, since ancient times, a fraternal close second ". No less interesting was the French language: "It will be a middle-aged, when our parents came to these hills with a weapon in the hands of. We arrived here on the same path, but not with weapons, and working tools in the hands of. National hate days are over, and all the people at the next one straight arm, taking the path of peaceful progress. Fires, we see on the hills, no two enemy camps flames; slogans, we hear, no two contending armies slogans; it is a sign of joy Workers, celebrating the first triumph over obstacles, have to be overcome ". Leave, mentioned book says nothing, what he said that evening, local workers - the Lithuanians, Belarusians, Polish, a, of course, there is nothing in the tribune of honor…

This is the ordinary workers, German leadership go French specialists, dug the tunnel, receiving peanuts for their work. Or they are in the rain would midst of drifting snow, hand carts transported the sand, poured mound, dug canal, tašė sleepers go linear rails constantly risking, the wooden tunnel construction scaffolding withstand enormous overhead weight webs lying land go bulk builders deep. Patches, in order to facilitate the work of, was performed blasting Works. At that time Tunnels builders did not have dynamite go used a much weaker power powders. Then Digger go bombers went masons, constructing an underground corridor arches. About the tunnel diggers slave laborers knew go smart Russian society. Russian poet Nekrasov in his poem "Railroad" vividly described the, as it seemed, this work go what is the pelnėsi. Only 1865 metals "Railroad" appeared with the subtitle, to be used for children! A boy Vanya, for the first time in a moving train, Dream of shocking the reader Rusco realistic images. Inhumane exploitation of workers from the contractors side, construction of railways, depicted go N. Dobroliubovas 1860 metals written in the article "Trying to wean people away from food". 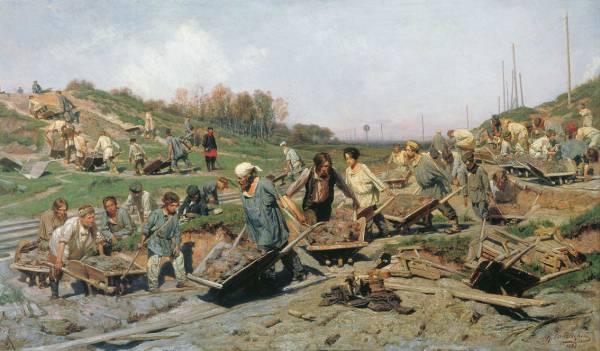 Menial Railway builders work vividly conveyed in one of his paintings of Russian artist K. Savickis. It turns out, This work is closely related go with Lithuania and its people of. Nekrasov buddy Engineer V. Panajevas, participated in, construction of the railway line Petersburg-Moscow, In his memoirs, writes: "Digger works primarily was hired Vitebsk go Vilnius Lithuanian provinces of space. Or was nelaimingiausia itself throughout the Russian people on earth, which more resembled not in people, and the work animals; from their work demanded inhuman effort without any, we can say, wage ". (Ruskaja starina, 1901, No.. 7, p. 39.) Then the czarist government inspector Miasojedovas wrote in his official report, that the drudgery digger to Railway construction of average received when 3 Tsar rubles per month, that they lacked clothing go Footwear, and contractors go suppliers, through the darkness of the past, cheated at every turn. Unmet struck the rod. Lose patience, Digger fled to his native village, but there gendarmes tried to catch them go transported back.

Trains from St Petersburg to Vilnius go from Vilnius to open Virbalis 1862 years March 15 d., and regular traffic to Warsaw only 1862 m. December 15 d. When you open the regular traffic "S.Peterburgo - Warsaw railway movement was small. Sections Vilnius-Dukstas go Vilnius-Virbalis daily departures only 2 pairs of passenger trains go one pair of freight trains. Vilnius-Warsaw direction departures 2 pairs of passenger trains go one pair of freight trains per week, Daugavpils via Vilnius-Riga drove a couple of trains a day. Railroad was one-way, Only in Vilnius go Lentvaris double track. Train speed was small. For example,. I train with go Class II coaches from Vilnius to Kaunas drove 2 val. 45 my. The average speed of the 38 miles per hour. Driving the train during not cheap. Traveling at Vårsta first-class rail had to pay 3 kapeikas, while the second class - 2,25, third - 1,25 kapeikas. Passenger transportation revenues do not cover costs. 1875 m. "All-Russian Central Railway Company has reduced prices, traveling from St. Petersburg to Virbalis go Warsaw. Buying a ticket to a significant section of the family to Petersburg Virbalis had to pay 150 rubles, in Warsaw - 200 rubles. Two-seater coupe ticket cost 75 go 100 rubles; only their tickets were not sold until, until the redemption of the great family coupe tickets. 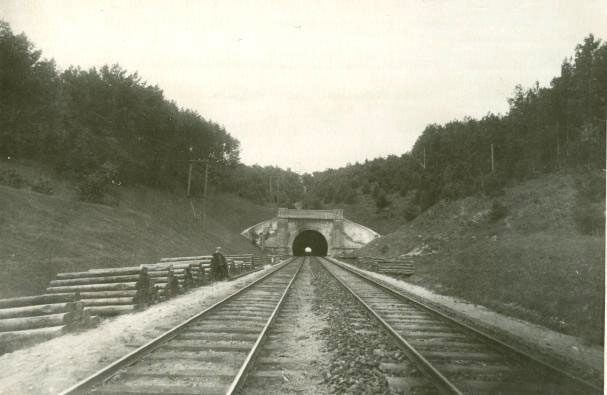 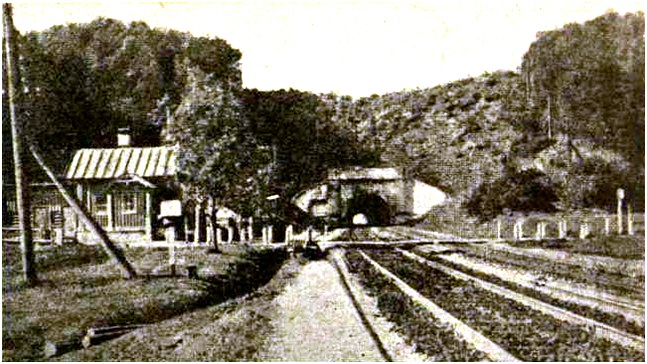 The Second World War metals German troops occupied Vilnius enhanced guarding the tunnel: mountain was surrounded by several rings of trenches, connected by a. 1944 metals retreating German army, wanting to leave more than one enemy would least, in the object, blew up all the bridges in Vilnius, Power, wanted to blow up go many other objects. The same fate awaited go Paneriai Tunnel, nes or was only Railway “gate” west. But suddenly fallen Soviet troops mixed up their plans and captured in a tunnel filled with explosives parked echelon.

Trains traveling through a tunnel and after the Second World War, but eventually brickwork began to disintegrate badly, have the arches collapse threat. After investigation it was decided not to repair the , and the installation of a roundabout near the huge undulating over hill. So, After nearly a hundred years of life, 1960 , the railway tracks were dismantled, Tunnel closed. 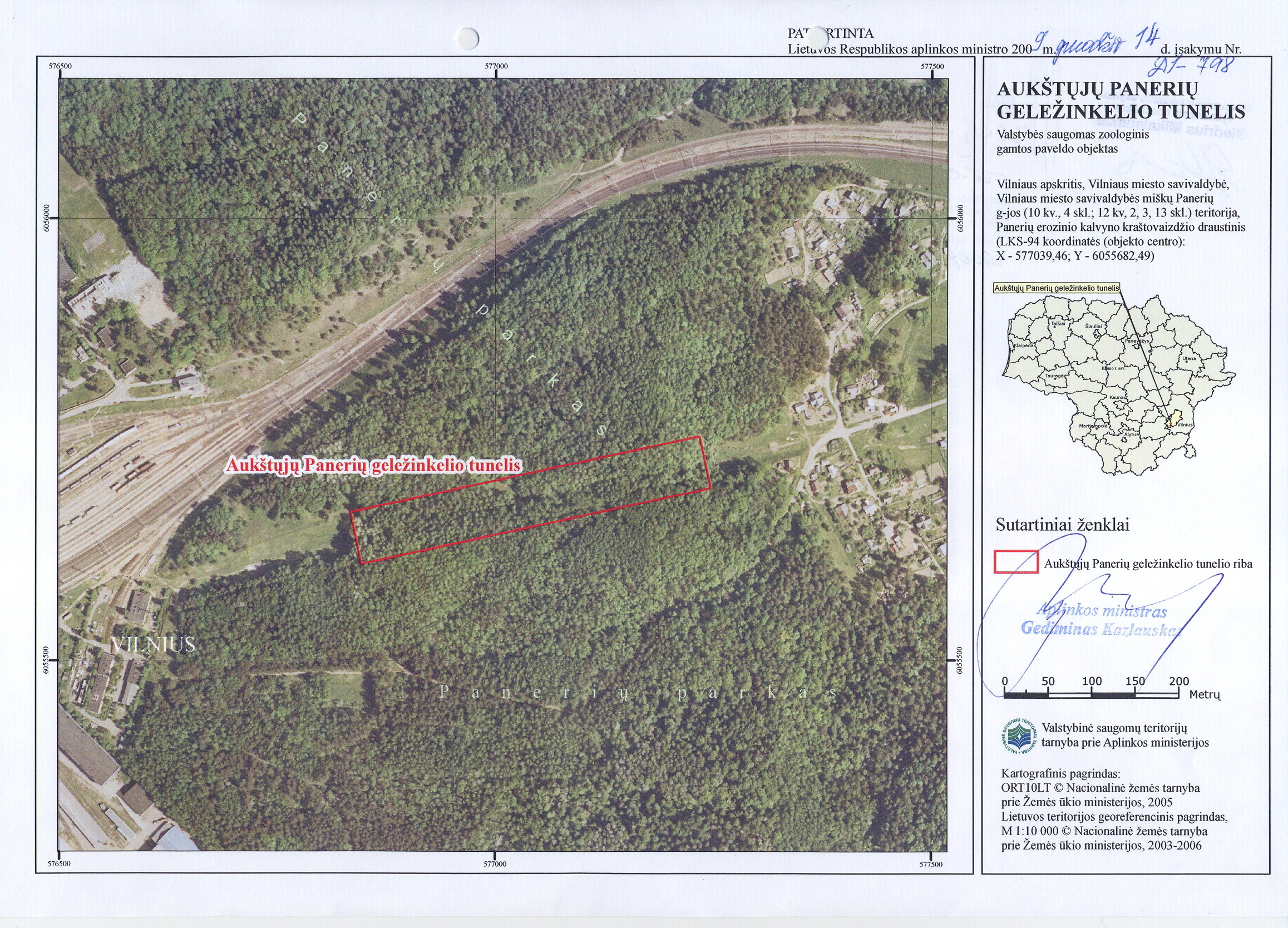