Bat life is going to become some sort of annual recurring cycles. In the spring, March, bats wake up from hibernation and neglect wintering grounds. April-May months, females actively feed on, gather in groups and take different shelters. Males separate from the females is of colonies, singly or in small groups to come together. To grow the offspring of female bats do not. Bat pups females give birth the second half of June – In early July. July-August chicks begin to fly and self-feeding. In late summer and autumn (September and early October) bats leave their summer hiding places, mate, extensively grazed, to store fat for the winter, and are attracted to the wintering. Winter lasts from sleep October-November and March-April. 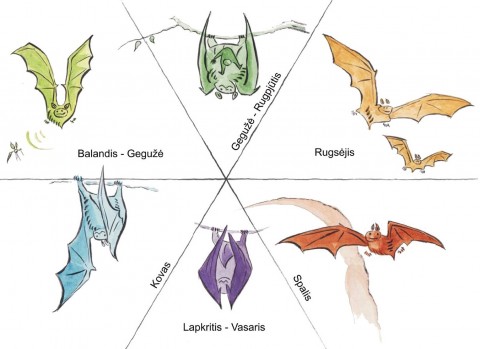