The European plačiaausis (Barba Stella barbaric Tellus) - Forest resident bat, rare and protected throughout Europe. The special design of nesting-boxes, which can accommodate the picky Flying, sumeistravo Želvos district (Ukmergė) foresters. Together with the little fellow this spring they raised 6 nesting-boxes for these rare bats and įnoringiems.

"Last year in August Laumėnų forest after dry spruce bark found several barbastelle. Information about these animals lacking, therefore, had the idea to bring them nesting. According to the German developed and tested model was made several nesting boxes this type of bats and raised during the festival ", – says Kestutis Jarmalavicius, Želva deputy district forester, Thanks to the initiative Želva forests increased bats suitable roosting places. Total General Forest Management initiated the campaign "The birds are back home" together with foresters Želva gymnasium The fourth Laumėnų forest raised about 20 nesting birds and 6 nesting-boxes barbastelle. 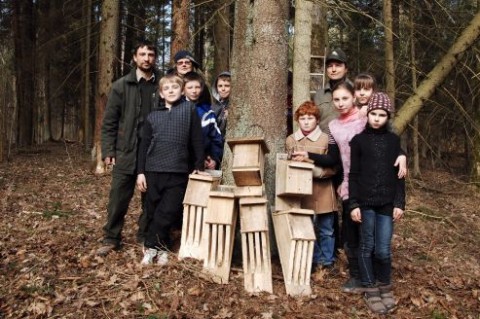 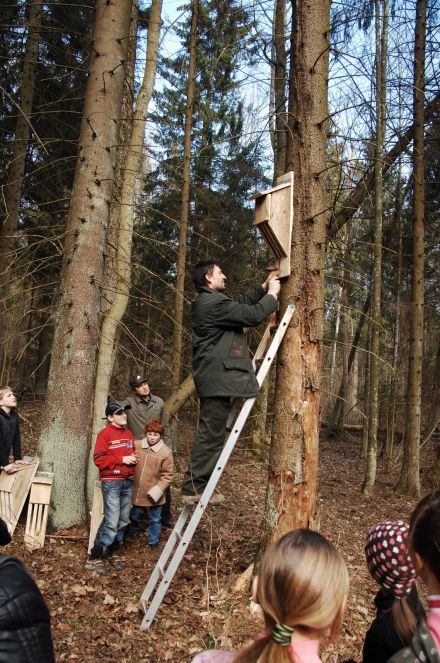 Lithuania barbastelle detected wintering water collectors, kariniuose bunkeriuose, Some of these, for example, Antakalnio bunkers in Vilnius, is published this bat species protection areas important naturalists, however, does not deny the assumptions, that perhaps part of the bat after the tree bark and spend all winter, but the evidence to date has yet been found. People initiative reports atiktus bats contributes greatly to this group of animals research, so, if you find a bat, be sure to let Remigijus Karpuška e. post: remigijus@gamtosakademija.lt